In the 1950 Salinger had a clause put in his publisher’s con­tracts that insist­ed only the text of the title of the book and his name were to appear on any future edi­tions of his work, and absolute­ly no images.

To com­ply I designed the fol­low­ing cov­ers for Bul­gar­i­an edi­tion (2004) of his masterpieces:

The Catch­er in the Rye

Raise High the Roof Beam, Carpenters
and Sey­mour: An Introduction 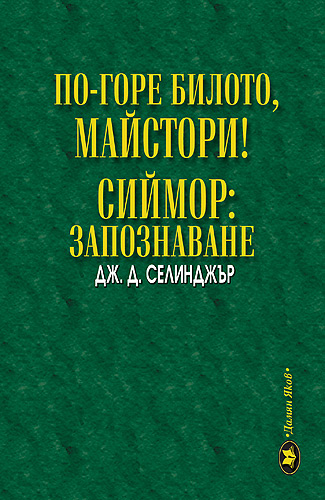